In The Middle Of The Road

Big storms plus bad drainage system would equal to a seriously flooded area. However, a way to look at bad situations in a positive light, is by making something useful of it. And in this case, fishing! There really is no harm in hoping that you could catch some fish in the middle of the road! 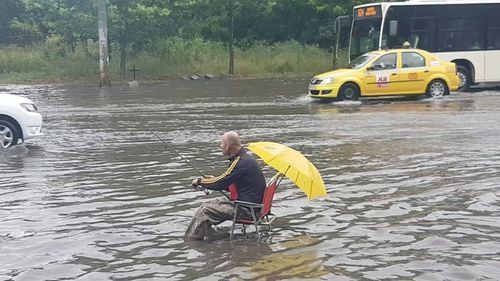 And who knows, maybe this road is near a river whose currents were so strong that they actually reached the flood. After all, that kind of thing is very common in the countryside, or simply in areas where the river is near a road. We’re definitely hoping that this man caught some!