There have been many stories of people who have achieved success in the past, myriad tea of rags to riches, people achieving success through the sweat on their brows and the toil of their muscles.

Chief among these are the tales of the families who have achieved generational wealth, riches so great that it has existed up until the present day. Stories of families like the Rockefellers.

Nowadays, with the advent and popularity of the internet, fortunes are being made and destroyed by the second. The concepts behind wealth creation have largely remained the same; innovation, hardwork and perseverance.

These qualities are embodied in Damian Prosalendis, a 19 year old college student who went from the depths of financial hardship to being the successful owner of a multimillion dollar company.

Damian started his life as an entrepreneur on a monthly allowance of $200 a month, an amount barely enough to cover the costs of accommodation and feeding. Soon, even this source of income dried up and he has to quickly search for other options regarding where to stay and what to eat.

He soon had to move in with his girlfriend, and it was while he was living off her that he began to explore other options of income sources. He soon stumbled upon an Internet related business that brought it close to $5000 a month, and, impressed with this windfall, he was soon devoting more and more time to his business and less to his college education.

After careful consideration, Damian soon dropped out of school to pursue his business and after months of toil, hardship and perseverance, his company currently has a net worth of millions of dollars.

A classic example of the value of hard work and persistence and reason to believe that there are no tough times, only tough people. 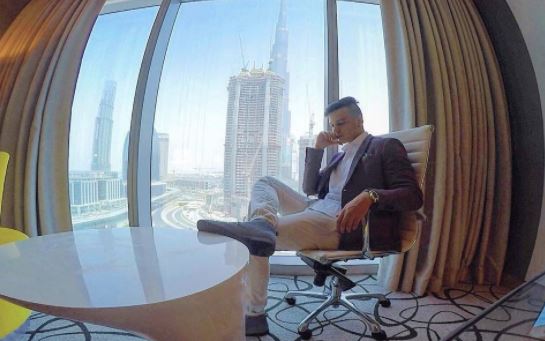