Among the modern wonders of the world, Dubai stands out as one of the most beautiful and motivational. Formerly a desert city in the United Arab Emirates, it has been transformed into one of the top tourist destinations, and one of the most stunning and modern cities on the planet.

Dubai is located on the coast of the Persian Gulf, and it has a population of barely over 3 million people with ethnicity comprising of Indian, Pakistani and Emirati.

The primary point of call for tourists in Dubai is its stunning and ultra modern skyscrapers, hotels and real estate.

The top ranked tourist destinations in the ultra modern city of Dubai include: 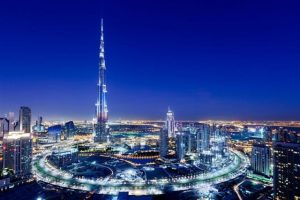 Located at the site of the famous Al Fahidi fort, the Dubai museum holds a great collection of ancient maps, weaponry and other various artifacts of ancient life in the Emirates.

This is a very important site to visit for tourist ms who have an interest in the historical growth of Dubai into one of the greatest cities in the world.

The Dubai creek is responsible for the first settlers deciding to make homes in that particular location as it provided a site for fishing and pearl diving, as well as a source of vitally important drinking water.

The creek divides the city into two parts, with one side being the Deira and the other being the Bur Dubai.

It provides a site for boating as well as interaction with the sailors that make a living on the Dhow Wharfage. 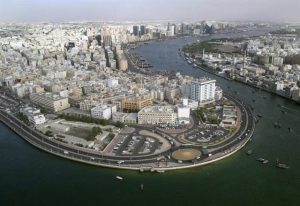 This beautiful aquarium boasts a collection of more than 130 different species of sea life, as is justifiably one of the most popular tourist attractions in the city of Dubai.

Tourist have the opportunity to walk through aquarium tunnels, view the sea life through glass boat tours along with diving and swimming with the fishes.