It is well known that being in the wrong place at the wrong time could lead to serious consequences. This was very clearly illustrated in the case of Lawrence McKinney, a Tennessee resident who was wrongfully accused and jailed for more than 30 years for a crime he did not commit.
He was arrested and charged and burglary charges in 1978 and was sentenced to a stunning 115-year prison term which was later repealed by the Department of Corrections after he had served more than 30 years of his prison sentence. He was found to be innocent of all charges in 2008, and was a given a paltry $75 as compensation. Rightfully offended, McKinney got a lawyer and decided to take his case to court to get the compensation he rightfully deserved
As expected, his journey to getting justice was long nd hard fought, but with the help of his lawyer, Jack Lowery, he came out victorious winning the maximum payout of $1 million from the Department of Corrections. It took McKinney struggling until he was 62 years of age for him to finally get some semblance of justice, as the law stated that he needed to be formally pardoned by the Governor’s Office which took some time as the Tennessee Board of Parole had no clear evidence exonerating him of the crime at that time. The monetary compensation is to be divided into a $353,000 lump sum payment which McKinney intends to use to clear off his legal fees, debt and purchase a car, while the remaining sum will be divided into monthly $3,300 payments for at least the next decade. In case of McKinney’s death, the money will go to his wife, who supported him and had stayed in touch with him through letters while he was in prison. In interviews with several news agencies, Lawrence McKinney has stated that he feels grateful for the money provided as compensation for the years of his life wasted for wrongful reasons. He stated that the money received will help support him in his old age, without him needing to struggle to find a job to support himself and his family. He gives thanks to God for keeping him strong throughout the trials and tribulations of prison life, as well as his wife who had stayed supportive throughout his 32 years of wrongful incarceration and who gave him the strength to fight the system. Despite his wrongful imprisonment, Lawrence McKinney has stated that he feels no hate or dislike for the people responsible for the loss of over 30 years of his life on wrongful charges. 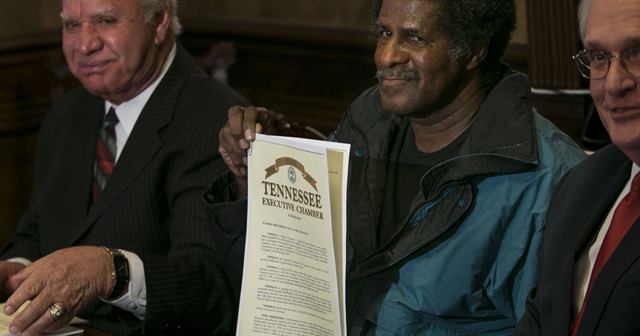